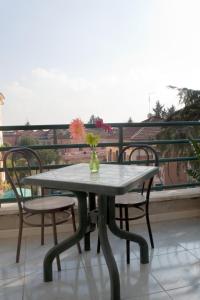 Enjoy affordable accommodation with good transport links into the centre of Rome. Hotel Antico Acquedotto is set in a green, residential area close to an ancient Roman aqueduct. It is 30 metres from the Villini stop of the Laziali-Centocelle railway and 500 metres from Pigneto Metro Station. From the Antico Acquedotto you can walk to the Basilica of Saint John Lateran, one of Romes most important churches, in just 15 minutes. Just 50 metres away, bus 105 provides direct links to Roma Termini Train Station. All of the Antico Acquedottos rooms offer free Wi-Fi, and many have their own balconies. The hotel also has 3 common terraces where you can sit and enjoy panoramic views of the city and its ancient Roman buildings. While the streets around the Antico Acquedotto are green and quiet, just 5 minutes walk away lies the Pigneto area, an up-and-coming part of Rome which is quickly becoming famous for its bars and restaurants. 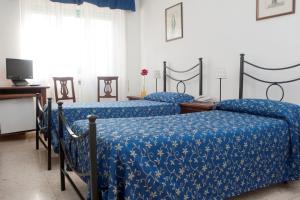 Important information
Please note that Hotel Antico Acquedotto does not accept American Express. Free public parking is outside the property. Please note that parking spaces cannot be reserved and are subject to availability.