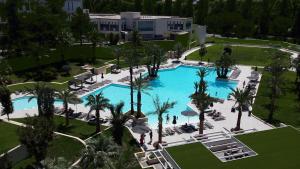 Offering a quiet location and one of the largest outdoor swimming pools in the city, Ergife Palace Hotel is 10 minutes' walk from Cornelia Metro Station in Rome. Its modern rooms feature free WiFi and an LCD TV. This 4-star hotel was originally built in the 1980s and has been completely renovated. It features an impressive lobby with a glass ceiling. Rooms here are air conditioned and include satellite TV channels, a minibar and a balcony. Each one has a private bathroom with a hairdryer and toiletries. An American buffet is served in Le 4 Stagioni restaurant, which later offers traditional Roman and Italian dishes. The nearest bus stop is 200 metres away and you can take 2 short bus rides to reach the historic centre. Vatican City is just 4 km away. 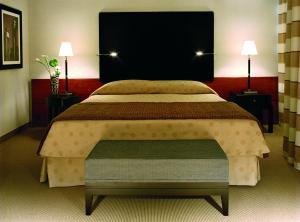