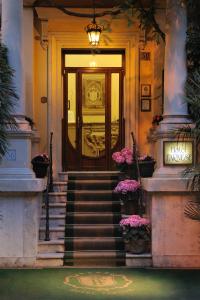 Hotel Farnese is a luxury hotel in the heart of Prati, one of Rome's most elegant districts, set between the Vatican City and Piazza del Popolo. The hotel is located only 20 metres from Lepanto Metro stop and is close to main shopping areas and tourist attractions. Set in a completely renovated building of the early 19th century, the Farnese boasts elegant furnishings that include many artistic objects from the 17th century. Relax in the graceful hotel entrance and lobby where you can admire antique furniture, and an historic portrait of Pope Paul III Farnese. Breakfast is served on the rooftop terrace with a view of Roman roof tops and St. Peter's Dome in the background. 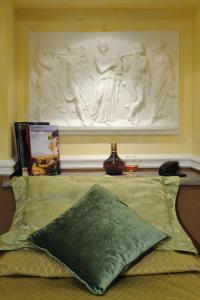